Central City Brewers + Distillers is pleased to announce that its Queensborough Gin has won Gold at the 2016 San Diego Spirits Competition, in the Gin category. This comes shortly after winning another Gold medal at the 2016 Spirits International Prestige Awards earlier this year.

Queensborough Gin is created by Central City’s award-winning head distiller Stuart McKinnon, who has a distinct passion for gin.

“Winning two international gold awards when we literally just launched is a testament to Central City’s dedication to making premium, high quality products made with the best ingredients possible,” says Stuart McKinnon, head distiller at Central City Brewers + Distillers.“We’re proud to expand Central City’s reputation as not only one of the best brewers in the country, but now also one Canada’s best distillers.”

The 2016 San Diego International Spirits Competition had entries from the USA and internationally, and all spirits were judged on their individual merits and attributes. The 2016 bottle judging competition was well supported with 128 entries in various categories from vodka and gin to whiskeys, rum, agave spirits and liqueurs and packaged cocktails. The awards were held at the San Diego Spirits Festival, a major cocktail, culinary and cultural extravaganza celebrated annually each summer on San Diego Bay. 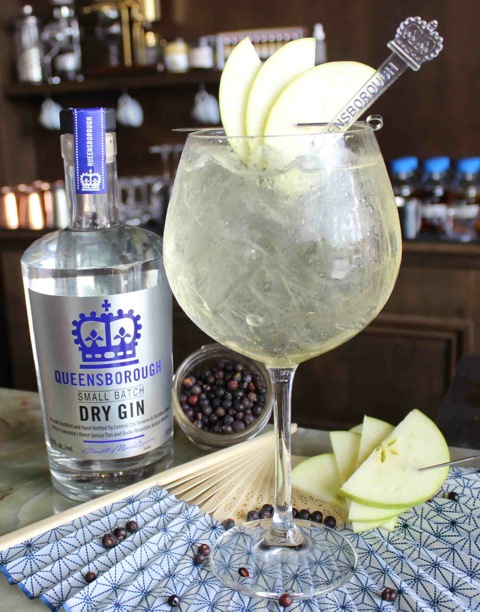 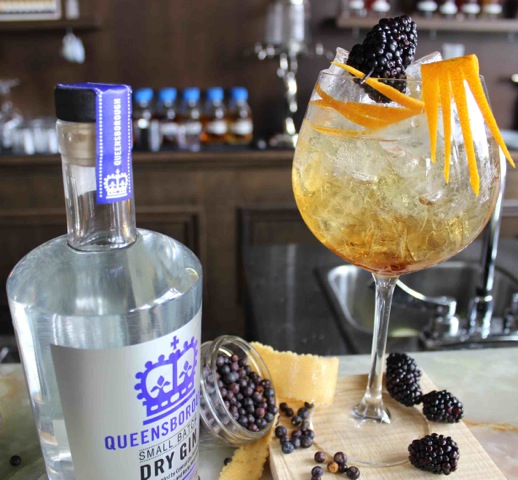 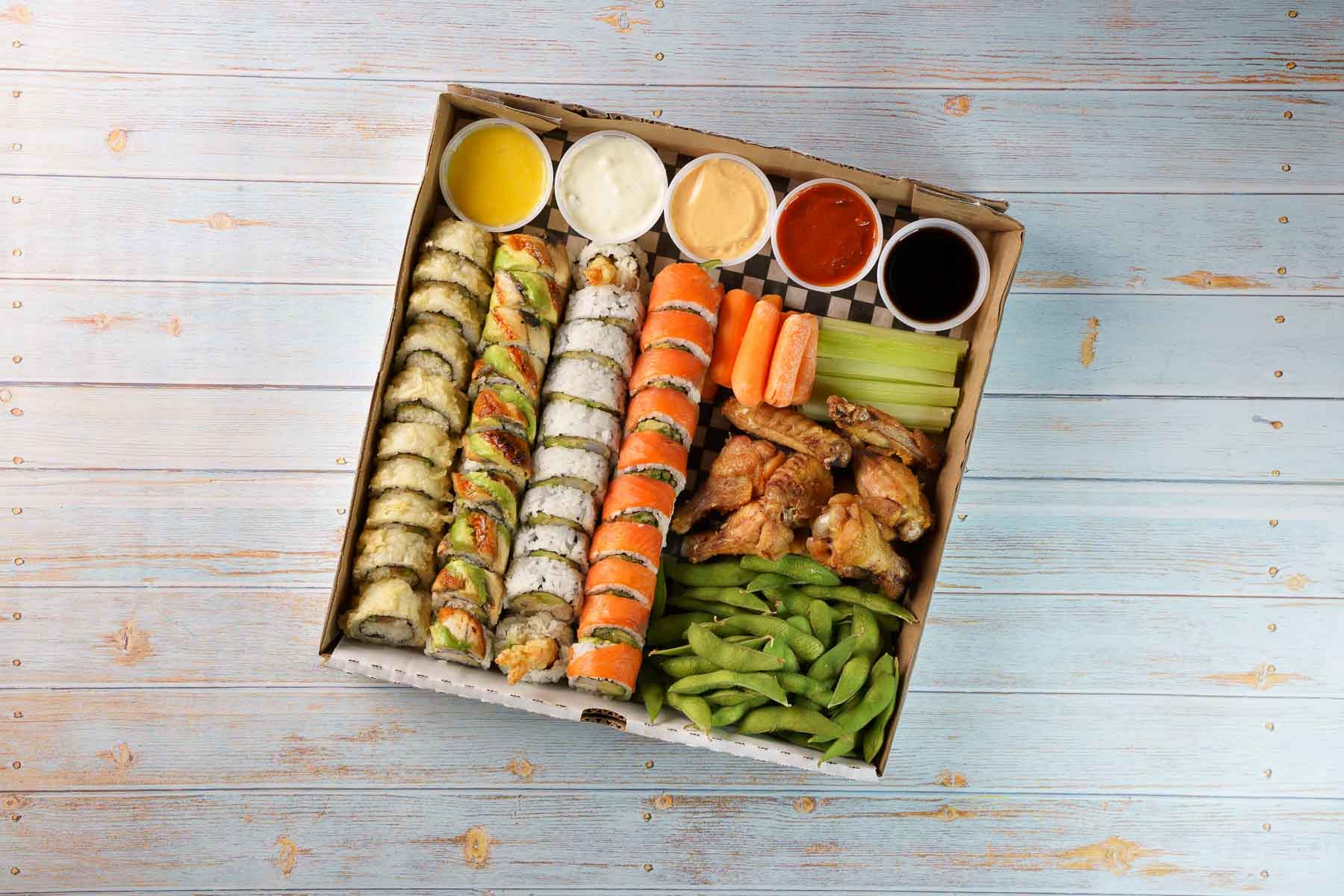 If you’re looking for the next great sushi spot, look no further than Sushi Street. Located close to the King George Skytrain Station, this place should be your go-to for sushi takeout.

Sushi Street specializes in only takeout and offers quick and delicious Japanese cuisine. They specialize in bento boxes, sushi combos, and ready-to-eat foods that you can just grab and go. But probably the coolest thing they offer is their sushi boxes.

You heard right, sushi in a box. They offer two different boxes that can feed anywhere from 1 to 4 people. Their Street Box 1 which can feed one to two people has a crazy roll, Philadelphia roll, dynamite roll, chicken wings, edamame, vegetable sticks, and four kinds of special sauce.

If you’re looking for more food you can get the Street Box 2 which feeds three to four people and has a crazy roll, dragon roll, dynamite roll, Philadelphia roll, chicken wings, edamame, vegetable sticks, and five kinds of special sauce. This is the perfect meal to grab on your way to a picnic over at Holland Park across the street.

But don’t worry, you can also order individual rolls if you’re just eating for one. They also serve inari which is sushi rice packed into a tofu pouch topped with all sorts of sushi ingredients. We’d recommend ordering the Inari Unagi or the Inari Spicy Salmon.

While Sushi Street does specialize in takeout, they do have some seats inside to sit down and enjoy your food. But regardless of whetheryou eat in or take out, we promise you’ll love the food. Be sure to visit this new Surrey hidden gem soon!

Fab Burgers Inc. makes some of the best burgers in Surrey (@fabburgersinc / Instagram)

Located in the heart of Newton is Fab Burgers Inc., the home of Surrey’s “monster burgers.” What is a monster burger you may ask? Well, it’s about as intimidating as it sounds.

Fab Burger Inc. has six monster burgers on their menu, and one of their most famous ones is the Fab Meaty Muncher which comes with breaded crispy chicken, a beef patty, chicken bacon, cheddar cheese, purple slaw, pickles, tomatoes, an onion ring, and their signature FAB sauce. It’s piled high and requires some maneuvering to be able to take a bite.

If that’s still a little too small for you, you can order their Sweet Temptation Burger which comes with three patties of your choice of chicken or beef (yes you heard right, three patties), topped with lettuce, sauteed onions, tomatoes, mozzarella cheese, and finished with barbeque sauce. It’s the biggest burger on their menu and definitely deserves the name “monster burger.”

But don’t worry, they also serve regular-sized burgers for those who don’t have a monster appetite. The Flamin’ Nacho Burger is a fan favourite and has a beef patty topped with fresh salsa, onions, jalapenos, sour cream, guacamole, nacho chips, and topped with cheddar cheese.

If burgers aren’t your thing, Fab Burger Inc. also sells other foods like Chicken and Waffles and BBQ Lamb Chops which are marinated with their in-house blend of seasonings and sauces and served with fries, coleslaw, and a drink.

These are the best places to get coffee in Surrey

Whether you go to cafés for the atmosphere, food, or coffee, we’re sure there's a café on this list you’ll love. (@coffeemonster_official; @west_village_cafe / Instagram)

You can only drink so much Starbucks before you get sick of it. That’s why we’ve made this list of the best coffee shops in Surrey so you can switch it up. Whether it’s because of the great atmosphere or unique drinks, these are the best places to get coffee in Surrey.

If you’re a student in Surrey then you need to visit Coffee Monster. It is the best place to get some late-night studying done. Every table has access to an outlet and it’s open until 10 pm. Plus, they have some delicious drinks like their Spanish Latte which you can order hot or iced.

Bandra Cafe is one of the first Indian-style cafes in the Greater Vancouver area and has some exceptional drinks and eats to show for it. Bandra Cafe tries to copy the vibe of the area in Bombay with the same name by creating a similar atmosphere by having “dark wooden chairs and white table tops” and also by selling “dishes like salli chicken, kheema pan and mawa cake.” This is definitely a very unique cafe that you need to visit.

If you’re looking for one of the trendiest cafes in Surrey, then West Village Cafe is the spot for you. With a very clean and minimalistic interior and some fancy food to eat, this might be the fanciest café in Surrey. Not only does West Village Cafe serve your coffee shop classics like lattes and pastries, but they also serve alcoholic drinks and food like tacos, a chimichurri salmon and vegetable bowl, local craft beer on tap, and more! If you’re feeling extra fancy you should head in for one of their Bailey’s coffees.

Espresso Cafe is located in the heart of Newton and has a very homely atmosphere to it. From the fireplace to the home-style baked goods, there is so much to love about Espresso Cafe. We’d recommend ordering one of their filo spinach feta pastries which are delicious. They have an always expanding menu and plenty of specialty drinks on rotation so be sure to visit Espresso Cafe.

The GrassRoots Cafe is a student-owned and operated café located on the Kwantlen Polytechnic University (KPU) Surrey campus. They serve “alcoholic beverages and KPU brewed beer on tap, delicious food, snacks, coffee drinks and healthy alternative options such as vegan and gluten-free meals.” They also host a bunch of different activities like slam poetry, movie marathons, and more! Plus, if you’re a KPU student you can get a 5% discount.

When a café has been around since 1949, then you know it has to be good. Prairie Cafe offers some classic vintage breakfast and coffee. They do classic American breakfast as well as Asian dishes like chicken Teriyaki, wonton soup, and chicken pan-fried noodles. If you’re looking for a blast from the past then you need to visit Prairie Cafe.

You need to visit this new Surrey Mexican restaurant

If you’re looking for some authentic Mexican delights in a chic and modern atmosphere, then this is the place for you. We’d recommend trying their chilaquiles, which is a recreation of the owner Paola Hein’s grandmother’s recipe. They’re corn tortilla chips dipped in either red or green salsa with melted Tex-Mex cheese and sour cream on top.

You also can’t go wrong with ordering one of their tortas, which is a sandwich made of a Portuguese bun with the option of chicken or beef and sour cream, cheese, guacamole, mustard and beans. It also comes with a small side of their tortilla soup.

If you’re not feeling like eating a huge meal, you can opt to just go for drinks at their “Cantina.” Like any good Mexican restaurant, they have an assortment of tequila, but they also have some more interesting creations. We really like Jo’s Margarita which comes with just a touch of tajin. They also make delicious carajillos which are coffee-based drinks mixed with liquor 43 and a splash of milk (the milk is optional).

But no night of Mexican food is complete without an order of churros, and Salsa and Guacamole does some of the best in Surrey. You can have your churros filled with either Nutella or dulce de leche. While it’s not the most traditional take on churros, you have to admit it’s delicious.

Salsa and Guacamole got its start as a business selling salsa and guacamole (as the name suggests). But now they’ve expanded to include a wide range of foods, and promise to keep adding to their menu.

You won’t be disappointed by this new local Surrey restaurant, (we promise) so be sure to try it soon.

There will be plenty of delicious food, music, and family-friendly activities (Josh Howard / Unsplash)

Car-Free Day is coming to Surrey Saturday, June 11. This event will turn 137 street into a car-free paradise with tons of local merchants, musicians, and family-friendly activities.

Stores that are located alongside 137 street will open up patios onto the street, while there will also be plenty of other vendors and food trucks like Gary’s Kettle Corn, Tornadopotato, Wakwak Burgers, Japadog, JJ’s Hot Cobs, Taco’N Todo, The Little Snowflake Factory, Lemon Heaven, and Roasted Revolution.

Car-Free Day is organized by Translink and aims to educate people on the future of transportation. As the name suggests, people are encouraged to take transit, bike, walk, car-share, car-pool, or use other methods of electric transportation. There are bike racks on the sidewalk to park your bike but there will be no street parking for those who choose to car-share or car-pool.