Are you ready for a laughter riot Vancouver? Rahul Subramanian and Kunal Kamra are coming to our city to rock our chairs with their edgy humour. Both comedians,

Are you ready for a laughter riot Vancouver? Rahul Subramanian and Kunal Kamra are coming to our city to rock our chairs with their edgy humour. Both comedians, who hail from Mumbai, are YouTube stars in their own right and their videos have millions of views on social media. From events in the lives of the middle class to political storms, all of life finds a way into their comical standpoints. If you aren’t already a fan, this show will make one out of you.

Dime Era Ent & South Asian Arts Society in association with Mo Dhaliwal will host the event LOL Stars at the Molson Canadian Theatre at Hard Rock Casino on October 26. Only one show. Book your seats now.

An advertising junkie by day and comedy man by night, Kunal Kamra has been leading a double life for close to five years now. His humor channels his unfiltered thoughts and his speeding thinking process points towards the absurdities of life, making him produce one great set after another. The comedian started performing professionally in 2013, with his first ever show at the glorious BlueFrog, Mumbai (RIP).

The comedian is now a regular at the all the big comedy venues in the country, and has a dedicated fan following (despite him tasing them at this live shows with his witty barbs). In 2017, Kunal launched his podcast “Shut Up Ya Kunal” which showcases guests and discussions based around a youngsters everyday life. His recent show Punchliners presents his jaded view on advertising life, thanks to being overworked and underpaid.

Rahul Subramanian is a brand manager turned comedian who realized a little too late in life that he was too redundant for the corporate world. Rahul has performed stellar shows across Singapore, Dubai, Bahrain, Hong kong, and Australia. He is one of the first Indian comics to present a solo special “Kal Mein Udega” at worlds 3rd largest festival, Melbourne Comedy Festival, which was sold out.

This Mumbai based comedian has been performing since 2014, as he broke into the scene by winning stand up competitions like Virgin Pants and Canvas Laugh Club (All India open mics) and also the first ever YouTube Comedy Hunt (sketch video competition) along with his friend Kumar Varun for their channel Random Chikibum. When he is not doing stand up, or acting in videos by Random Chikibum or All India Bakchod, you will see him pursuing his hobbies which include seeing, waiting, and getting stuck in traffic, all things that help him write better jokes and sketches that make you go “that’s happened to me too!” 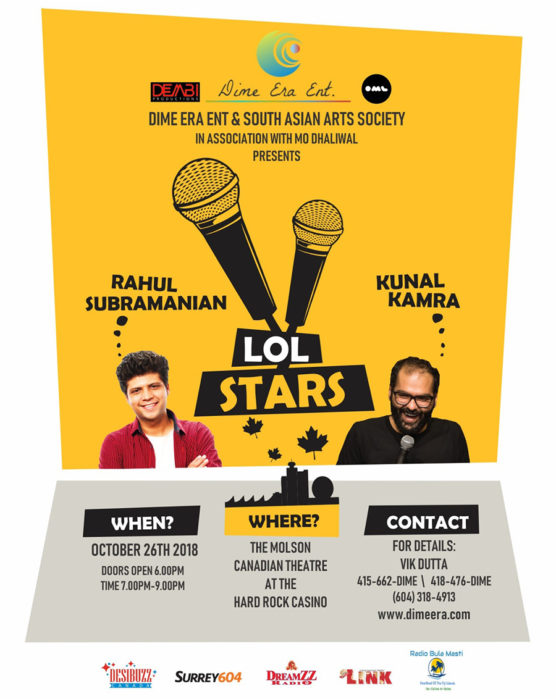