Surrey, BC – IN BRIEF: With mystery and magic the Trick of the Light Theatre Company is set to dazzle audiences in a theatre show for kids and adults alike. A Surrey Civic Theatres’ family event at Surrey Arts Centre’s Studio Theatre, November 2, at 3:00 PM. 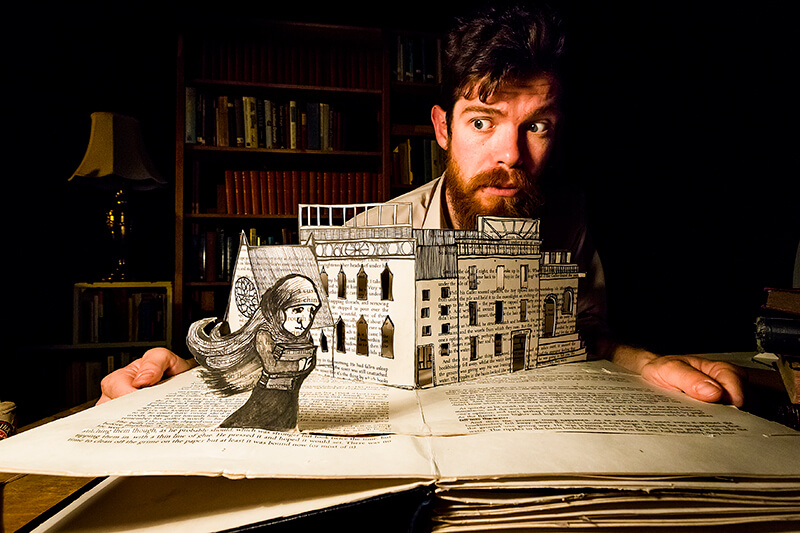 "They say you can get lost in a good book. But it's worse getting lost in a bad one…"

All the way from New Zealand, award-winning storytellers and traveling theatre company, Trick of the Light is coming to the Surrey Arts Centre with their spellbinding show The Bookbinder—the story of the last brave young man to hold the role of a bookbinder’s apprentice.

Having started life in the back room of a bookshop during the 2014 Wellington Fringe Festival in New Zealand, Ralph McCubbin Howell’s fascinating and magical play has been performed in numerous cities across the globe, including the Edinburgh Festival, and the 2018 Calgary International Children's Festival.

Directed by Hannah Smith, The Bookbinder is an inventive one-man performance that weaves shadow play, paper art, puppetry, and music into an original dark fairy-tale in the vein of Neil Gaiman.

Show playwright and actor McCubbin Howell said, “We're thrilled to be bringing The Bookbinder for its BC premiere. We had a blast performing in Calgary and found the show resonated with audiences as well as it does back home in NZ. Canada might be a wee bit bigger, but they're both landscapes of big mountains, eerie plains, and dark woods where beasties lie lurking—the show's going to feel right at home!"

The Bookbinder is a show full of mystery, magic, and mayhem and is sure to have audience members on the edge of their seats. 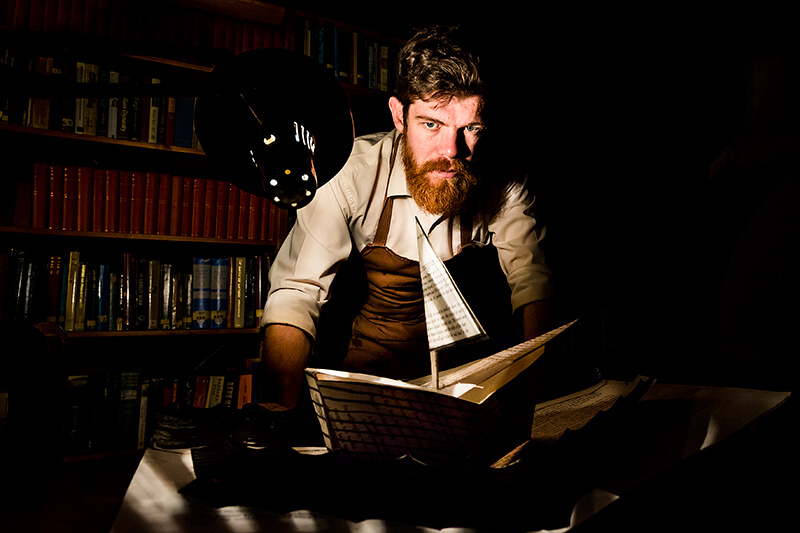 For curious children and adventurous adults! Suggested ages: 8 and up After the show there will be a short informal meet and greet with the performer.

Reviews for The Bookbinder

"Spell-binding storytelling at its purest and best..."—Theatreview, Dunedin

"A beautiful, articulate and engaging show that is as engaging as it is mysterious" ★★★★★—alledinburghtheatre.com, Edinburgh

A trick of the Light Theatre Company Presents: The Bookbinder

This curated, eclectic mix of professional performances—ranging from theatre, music, and dance to the circus, stand-up comedy, and puppetry—is an invitation to connect, laugh, dance, have thought-provoking conversations, and be inspired. Complementing its presentations, Surrey Civic Theatres offers to performing arts classes for all ages taught by practicing artists