In an effort to give back to their community, a grade 7 class at Surrey Christian School has written a non-fiction book to give as a gift to the Fleetwood Public Library. 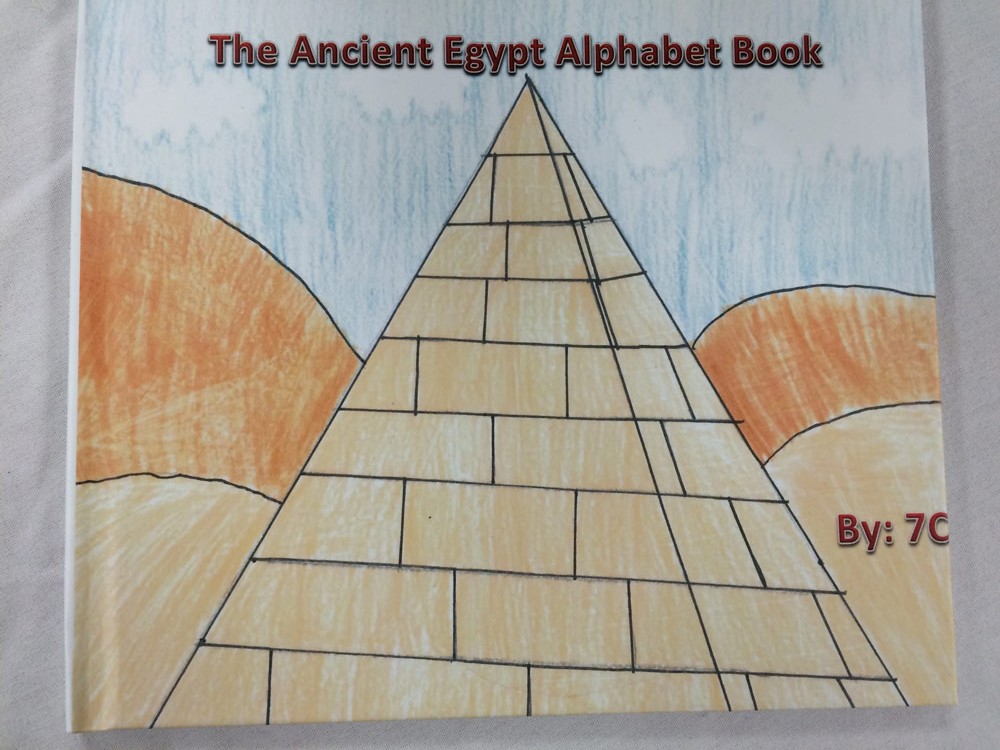 The book, which took approximately six weeks to complete, is designed to educate people of all ages about Ancient Egypt. The hardcover, entitled “The Ancient Egypt Alphabet Book,” highlights the “ABC’s” of life in the ancient civilization. 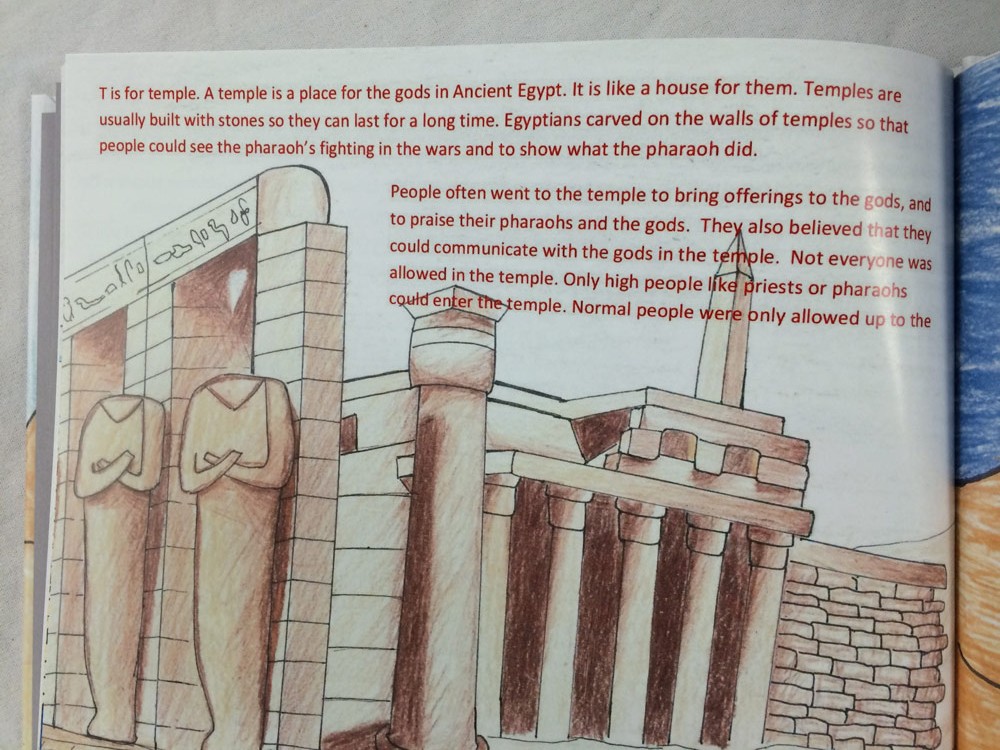 The class that wrote the book is made up of 27 students. Each student was assigned a letter of the alphabet, and had to select a word that tied into Ancient Egypt. Examples include “P is for pyramid,” “M is for mummy,” and “H is for hieracosphinx.” The remaining student designed the cover page and wrote the introduction. 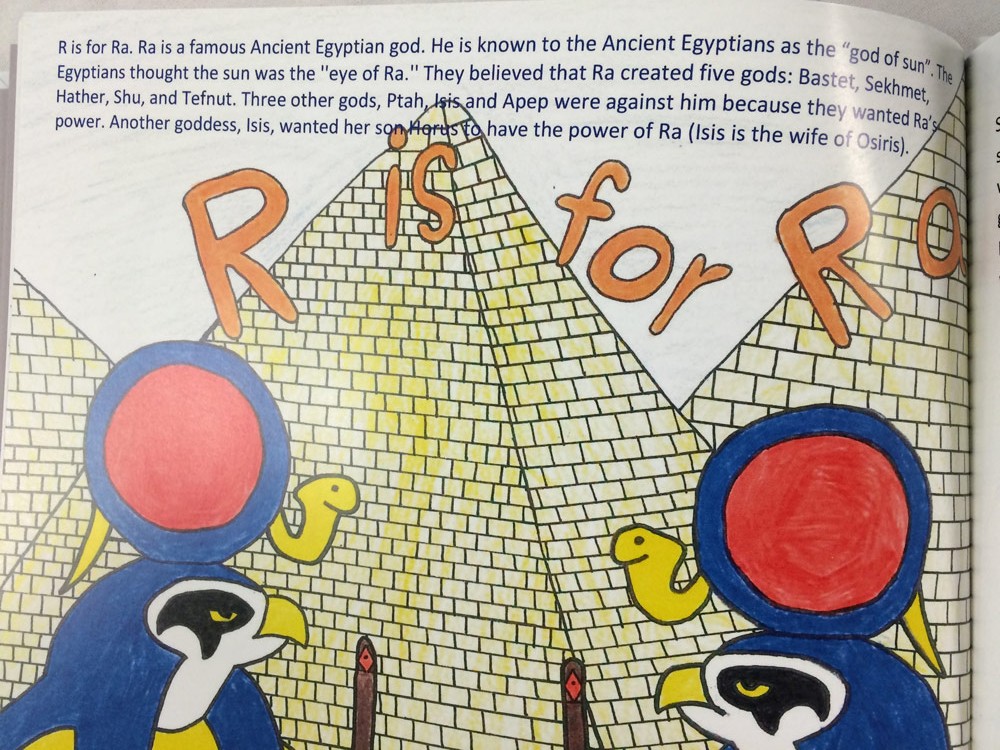 In creating the book, the students went through a grueling editing process for both their written work as well as their illustrations. This helped to ensure that they ended up with a product that was high quality. After seeing the finished product, their effort proved to be worthwhile. 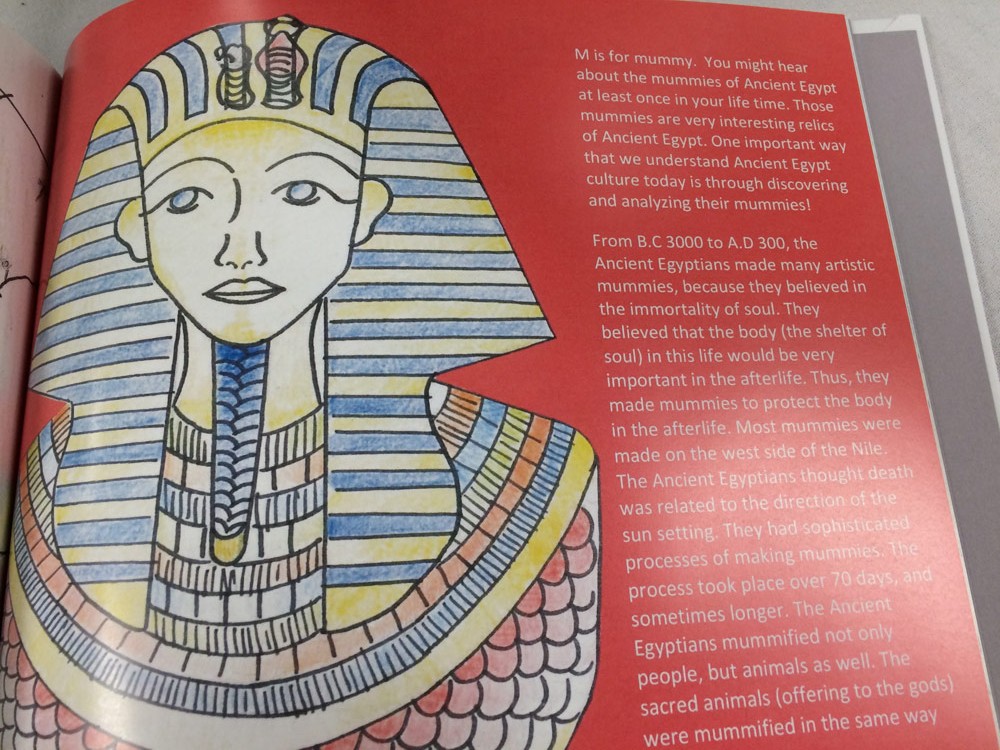 “Making this book really helped us learn a lot about Ancient Egypt” said Amanda Gerber, a grade 7 student in the class. Another student, Aava Meneghin, said “It was cool to know that by doing this, we had a chance to give back to the community.” 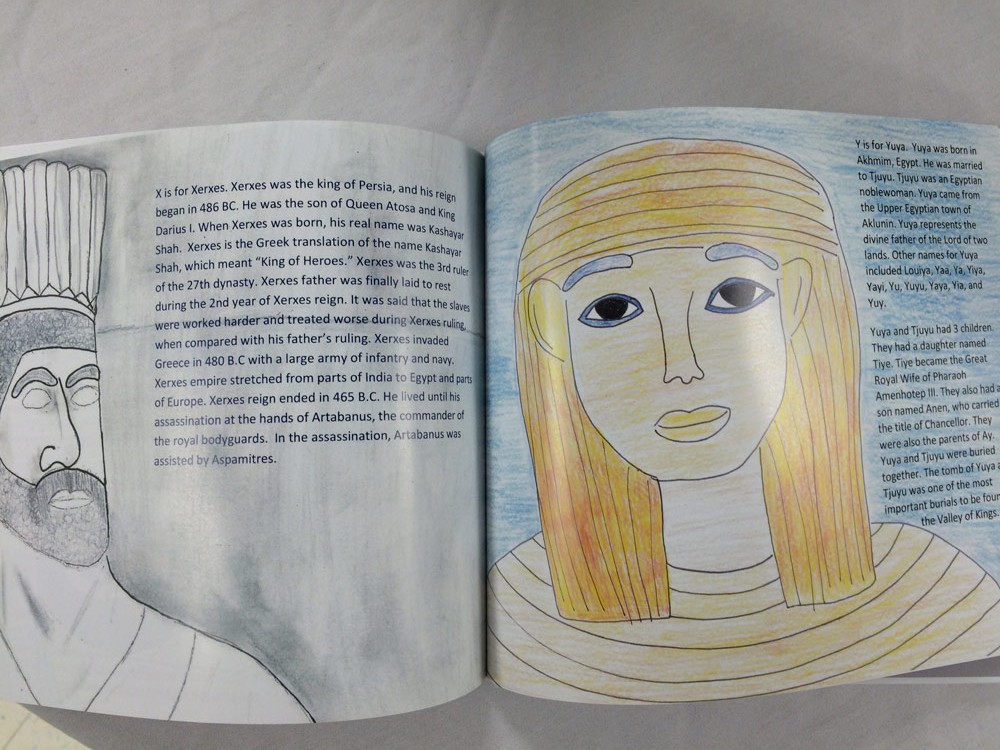 On Tuesday, January 19 the grade 7 students brought their published book to the Fleetwood Public Library. The book, which the class gave to the library as a gift, provided students an opportunity to practice serving others.

“It was hard but awesome going through the process of actually publishing a book, but being able to give the book away, and seeing our hard work in the library, makes it all worth it,” said grade 7 student Deborah Choi. “It was lots of fun.”

Related Topics:Educationslidersurrey christian school
Up Next 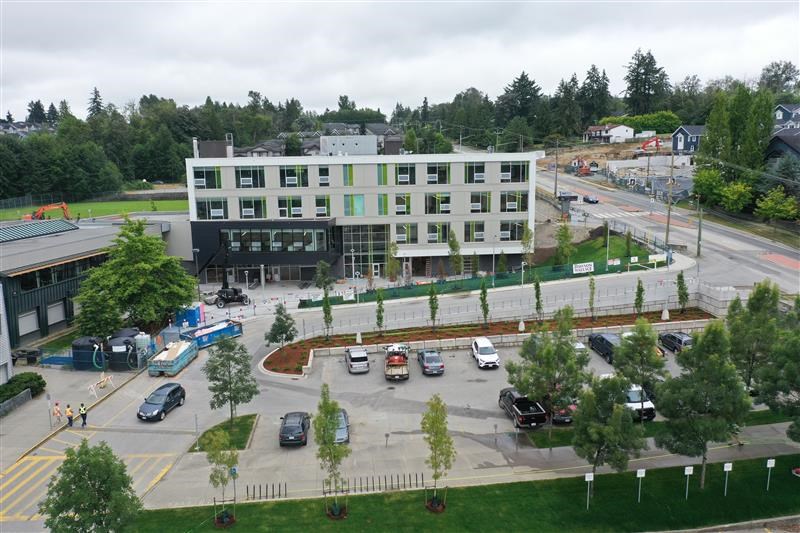