Surrey604 attended the gala event and had a chance to speak with Kamal himself, some of the major sponsors of the event and Bollywood fans. Check out the video above to see some highlights from the night and enjoy our photos below.

Do you have a favourite song, or performer? What is your favourite memory from the past 20 years of Bollywood entertainment with KVP Entertainers? Share your memories in the comments below!

Art World Expo Taking Over Telus World of Science May 2 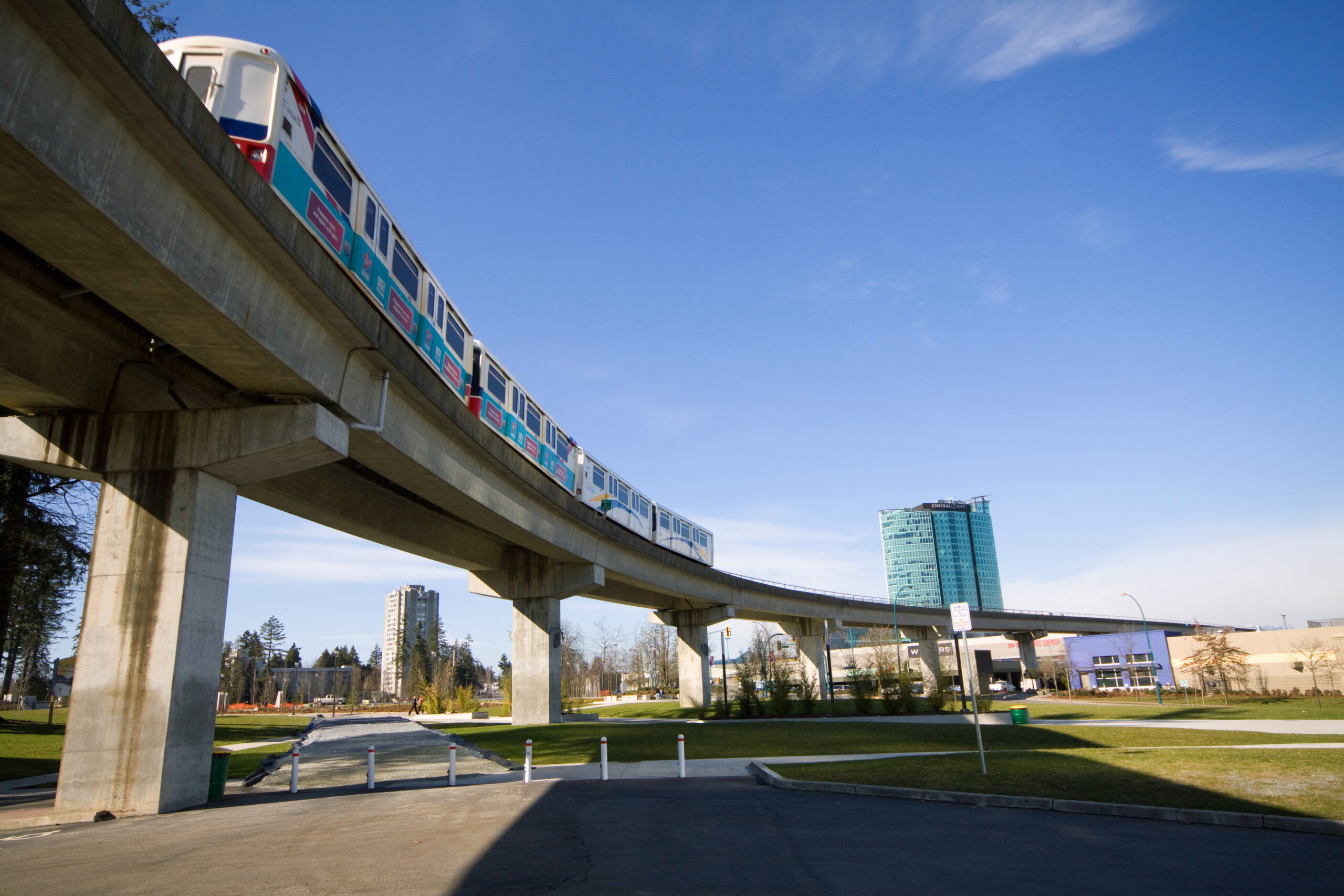 Looking for something to do? You’re in luck! From outdoor movies to a butterfly release, there is so much to do in Surrey this week.

Aug. 6: Movies Under the Stars

You can head over to Holland Park for a free movie under the stars starting on Aug. 6. The fun starts at 6pm with plenty of games, singers, crafts, draws, and so much more. Be sure to bring a picnic blanket or lawn chair and some yummy snacks to enjoy. The movie schedule is as follows:

Need some relaxation? Visit Surrey City Hall on Aug. 6 and 7 for the Music and Meditation Festival. The event starts at noon, and on Aug. 6 there will be “meditative flute music by Edgar Muenala, Indigenous dance by the Wild Moccasin Dancers, meditation workshops with Rani Thompson of Raaga with Rani and multi-instrumentalists The Nair Brothers, activities for children and parents, and much more! On Aug. 7 you can enjoy free outdoor music from members of Sahaja Yoga BC from noon–2pm, and free meditation classes at the Surrey Central Library from 2-4pm.

Tired of Monopoly? Learn about the board games that residents in Victorian Surrey would have played. This event is free and the only thing you need to supply is the players.

Watch a live butterfly release at the Fleetwood Villa on Aug. 13 starting at 11:30am. This event is free to watch but you’re also able to purchase a butterfly to release, with all proceeds going towards Habitat for Humanity. Butterflies cost $20 each and include a butterfly cookie. There will also be live entertainment and a barbecue lunch. For more information on how to reserve your butterfly, check the City of Surrey website. 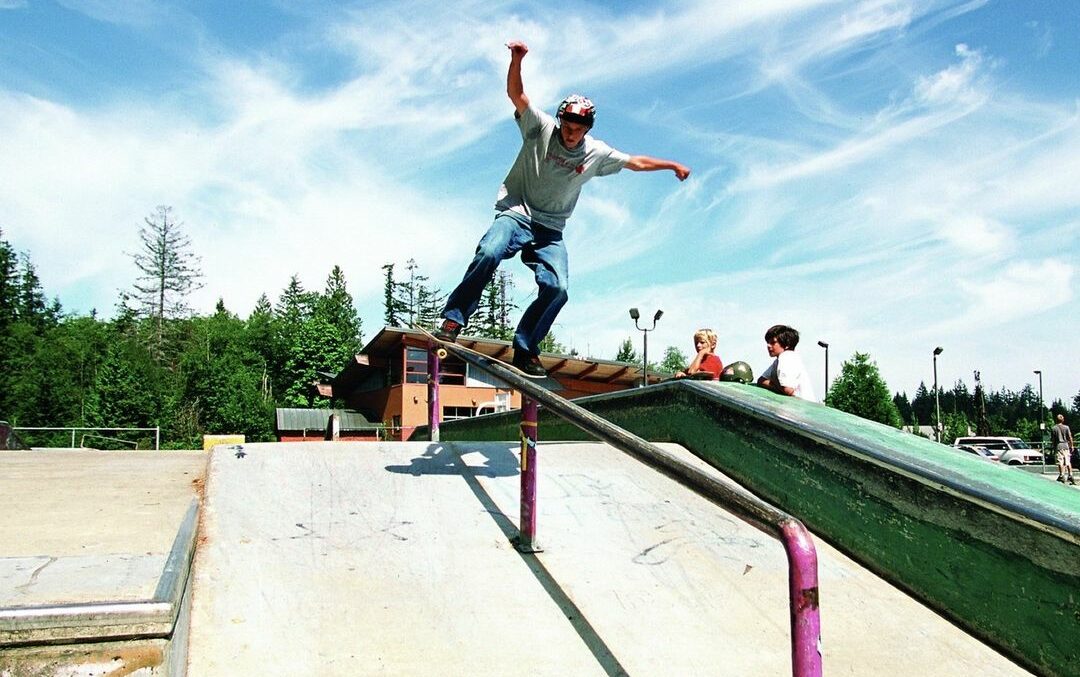 From ice cream making to free concerts in the park, there is so much to do in Surrey (@thecityofsurrey / Instagram)

Canada Day 2022 is coming up quickly and the City of Surrey has plenty of plans to celebrate. You can check out an Indigenous Village, the Summer Market, or enjoy some live music from artists like Arkells! There will also be plenty of food trucks and amusement park rides to enjoy. You can check out our previous article for a full breakdown of everything happening.

From July 1 to 3 you can visit the Historic Stewart Farm to learn how to make your own homemade ice cream like Surrey residents from the 1900s. Not only that, but you’ll be able to take some home.

If you’re 18 or younger and like to skateboard, bike, or scooter, then head over to South Surrey Youth Park on July 5 from 4 to 8 pm for Surrey Rides. There will be free snacks, good jams, and prize giveaways for everyone who attends. Helmets are mandatory and spectators are welcome. Be sure to visit the City of Surrey website for a full schedule of Surrey Rides.

Sounds of Summer: Sons of Granville

Visit Glades Woodland Garden for a free summer concert with Sons of Granville on July 5. Be sure to bring a picnic blanket or chairs and you’re encouraged to bring a picnic dinner to enjoy. Sons of Granville started as a busking duo back in 2010 and have since gained popularity and brought on more band members. This is definitely a concert you won’t want to miss. Gates open at 5 pm and the concert starts at 6:30 pm.

FVDED in the Park returns to Holland Park this year on July 8 and 9. Headlining the iconic Surrey festival are Illenium, Excision, Rick Ross, and Don Toliver. Tickets are on sale now and you can purchase them online.

BC’s biggest Bollywood dance company is coming to the Bell Performing Arts Centre on July 8 at 7:30 pm to perform “spirit of India.” This is a celebration of India’s spirituality, mythology, colourful festivals, weddings, music, dances, Bollywood, and will include over 90 performers! Tickets start at $36 and can be purchased online. Address: Bell Performing Arts Centre, 6250 144th Street, Surrey

This event is to celebrate the 75th year of India’s Independence.

SHIAMAK is coming to Surrey on July 8 for the “spirit of India,” a celebration of the 75th year of India’s Independence with music and dance.

There will be over 90 different performers who come from all over the Lower Mainland and the performance will include a retelling of the Ramayana, one of the largest ancient epics in world literature.

Not only is this a must-attend event but this will be SHIAMAK’s return to the stage since their last performance in 2019. 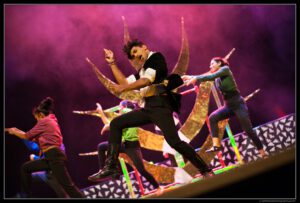 You can buy tickets to “spirit of India” online starting at $28. The performance will take place at the Bell Performing Arts Centre on July 8 starting at 7:30 pm.

The event will be headlined by Arkells and have an Indigenous Village, amusement rides, a summer market, and more! (City of Surrey / Facebook)

Canada Day 2022 is coming up quickly and the City of Surrey has plenty of plans to celebrate. Here are some of the highlights of this year’s celebration.

There will be musical performances for the entire day with Arkells headlining the show. You can also expect performances from Shawnee Kish, Haviah Mighty, En Karma, Teon Gibbs, Ashley Pater, Glisha, Kung Jaadee, Pleasant Trees, and many more! Plus, all of these performances are free so you can enjoy as much music as you want.

Plenty of local vendors will be making their way to the Canada Day celebration this year, and they’ll be set up in the Summer Market. Some of the vendors include Mysgreen, lil so&so handmades, The Refill Shop, Mountain Mornings, and So Fresh Air Fresheners.

No Canada Day celebration is complete without food, and there will be tons of food trucks available for you to choose from. Whether you’re feeling like some delicious sandwiches from Bread and Cheese, Bannock from the Bannock Queen, vegan delights from the Dirty Vegan, Japanese-inspired hotdogs from Japa Dog, or mini donuts from Mr. Ken’s Donuts, Surrey’s Canada Day will have it all! There will be over 30 different food trucks at the event.

For this year, the City of Surrey is putting a big emphasis on reconciliation with Indigenous peoples. On the Surrey Canada Day Website, the City said “July 1st is a day to chart a new and better path forward. Together, we can work towards reconciliation and a more equitable society for all. We invite you to come together to experience diverse cultural expression, as well as the best of Canada and its hope for the future. Surrey Canada Day is committed to sharing music, education, entertainment, and the cultural practices of many Indigenous and multicultural artists. Event organizers are working with leaders from land-based Nations and an Indigenous consultant in the planning and programming of this event.”

In addition, there will be traditional teachings, doll-making demonstrations, game playing from the Onyota’aka Nation with S^yowah (Son-Yo-Wah), ribbon skirt making, and a community mural painting with Brad Henry.

If you’re looking for some thrills then you’re in luck, there are plenty of amusement park rides available at Surrey’s Canada Day celebration. You can ride on the Ferris wheel, crash into some bumper cars, get turned around in the Zipper, or walk through the Kreepy Kastle. To get on these rides you must buy tickets, with one ticket costing $1.50. You can also buy 20 tickets for $30 or 40 Tickets for $50. There will be 16 different rides to choose from.

The celebrations will end with a fireworks display starting at 10:15 pm that you will not want to miss.

For more information on everything happening for Surrey’s Canada Day, be sure to visit https://www.surrey.ca/canadaday/

There's so much to do in Surrey (Oleg Mayorov / Shutterstock)

Visit the Historic Stewart Farm on June 10 from 11 am to 2 pm for Seniors Week. There will be live music and performers, heritage activities and demonstrations, tours of the 1894 farmhouse, samples of delicious homemade treats, and activities in recognition of the Queen’s Platinum Jubilee.

Car-Free Day is coming to Surrey Saturday, June 11. This event will turn 137 street into a car-free paradise with tons of local merchants, musicians, and family-friendly activities like balloon twisting, jugglers, and face painting. There will also be a beer garden (for the grown-ups) and plenty of food trucks.

If you missed Seniors Week, then you can visit the Historic Stewart Farm from June 16–19 for strawberry tea on the veranda. There will also be ice cream and other treats for you to enjoy. Tickets cost $18.20 and you can register for them online or by calling 604-501-5100.

Visit Hazelgrove Park for International Picnic Day on June 18 from 5:30 to 7:30 pm. Bring a packed meal and your friends and family to enjoy an evening full of fun activities. There will be mini-golf, storytime, different fun park activities, and different vendors from the Cloverdale Farmers Market. This event is free and open to all ages.

This year is the 22nd anniversary of Surrey Fest! Head over to Holland Park from 11 am to 4 pm to enjoy music, prizes, vendors, and more! This event is free but expect it to get busy.